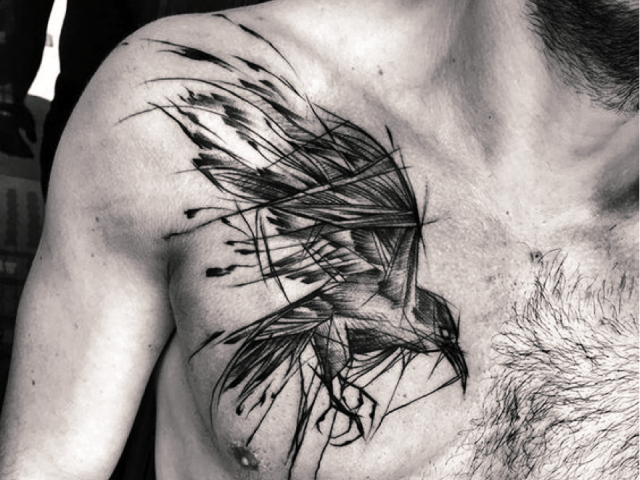 If we talk about the unique and appealing bird tattoo theme, one that we can’t ignore is the raven tattoo. The raven tattoo designs are worn both by men and women as the raven is a deeply meaningful creature and presents features and attributes of the raven. By the way, it commonly carries some mystical connotation. Black ravens are the most widespread designs among tattoo lovers as a black raven tattoo is known as a classic of tattoo art. 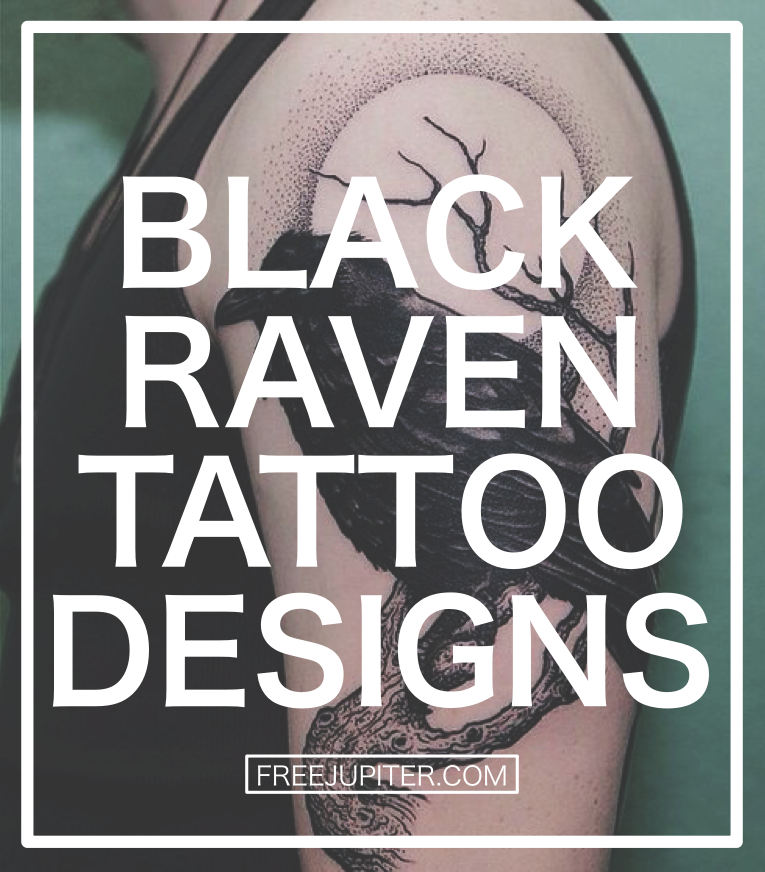 This article shows you several most eye-catching black raven tattoo designs and explains all meanings of such a dark but at the same time elegant bird. The black raven tattoo can be designed in many different ways to fit your personality and it also can be mixed with various symbols that give an additional connotation to the tattoo. So now you have a great chance to pick the best design for yourself. And if you’re specifically interested in bird tattoo designs, then we have some more bird tattoos to choose from. You can go through the collection after checking this article. 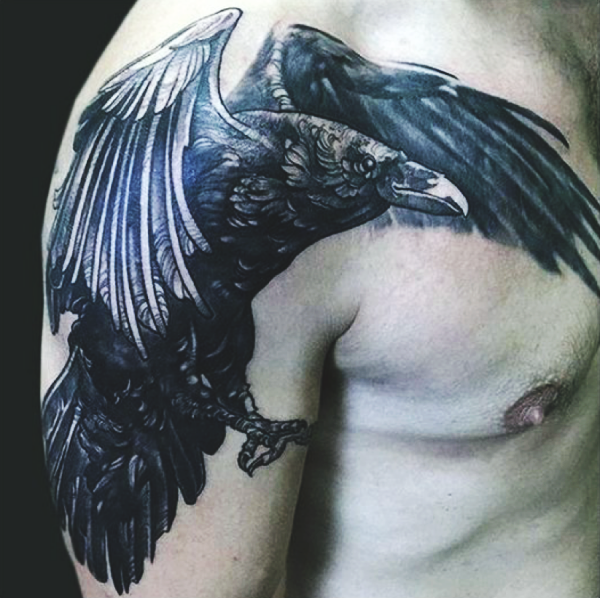 This flying raven shoulder tattoo is a work of art that depicts the raven as a messenger. Some African tribes believed that the raven was a messenger for good or bad news. Here the raven associates as a prophetic sign and it says that the wearer knows what is going to happen in his future. 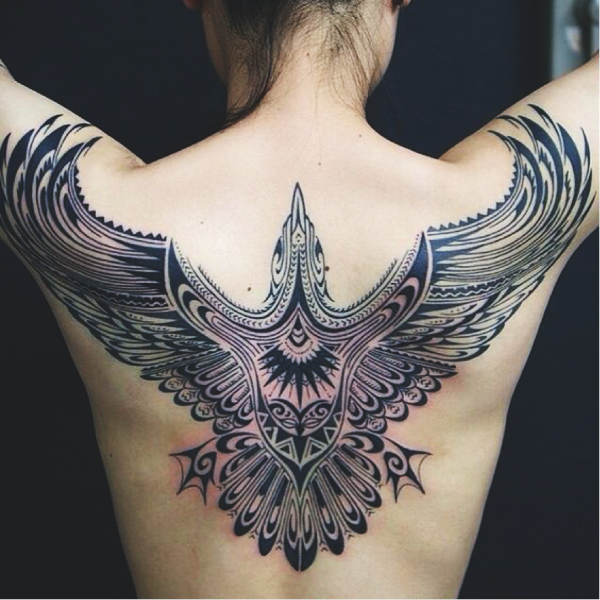 This is one of the perfect raven tattoos for those who want something unique on the whole back to look stylish and fearless. People who get such tattoo warn of their militant character. As in the Celtic culture, the black raven was a sign of death and war. The Celts were known as a warlike people and the ravens also liked battles. The black ravens usually appeared before a bloody fight and circled waiting for the dead bodies. 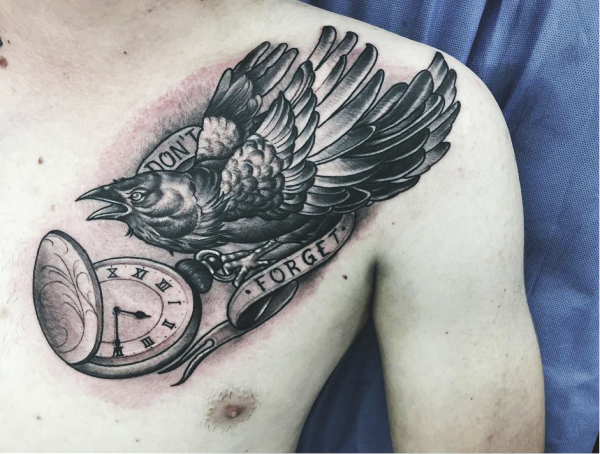 The raven is also associated with memory. This tattoo depicts the black raven holding a watch in its claws and the writing “DON`T FORGET”. This is an ideal way to get the tattoo that will remind you of some important day in your life. 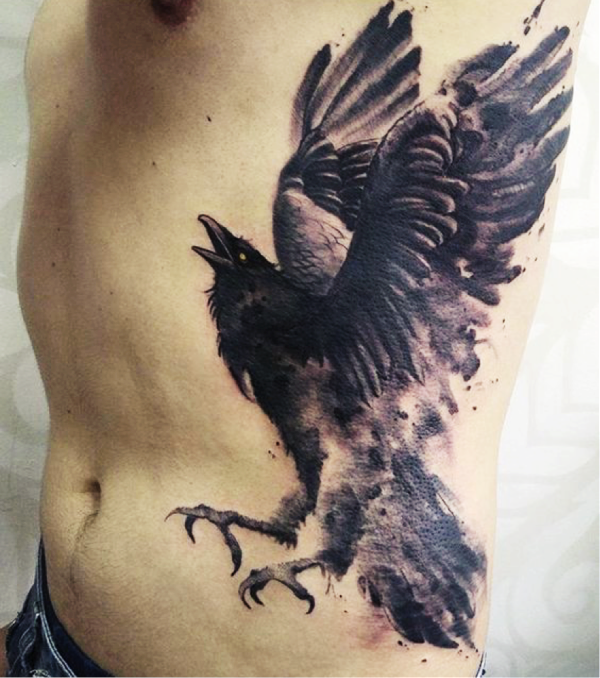 This unexpected watercolor tattoo idea looks spectacular with the raven designed like it’s flying. This is a cool tattoo for people who`d like to wear a large-sized artistic ink on the ribs.

Two Ravens With The All-Seeing Eye 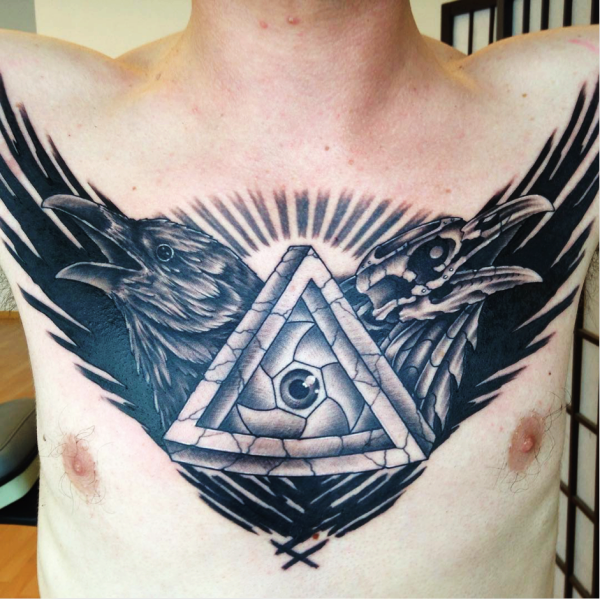 Since ancient times, ravens are considered as the creatures that could carry powerful secrets that`s why people belonged them to the magical birds. The bearer of this tattoo shows us his belief in a mystical power of a raven. Here two-headed raven connects our world with underworld through the all-seeing eye and this tattoo serves as a talisman for the wearer. 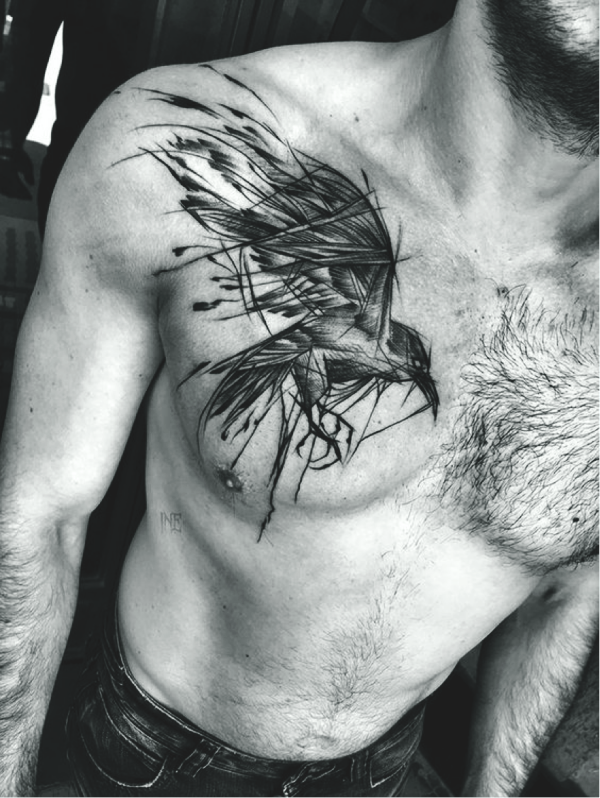 This raven tattoo design is most suitable for people who want to say about the inner self. This is one more meaning of the raven. A sketch tattoo style fits well for this purpose.

Raven On A Book Tattoo 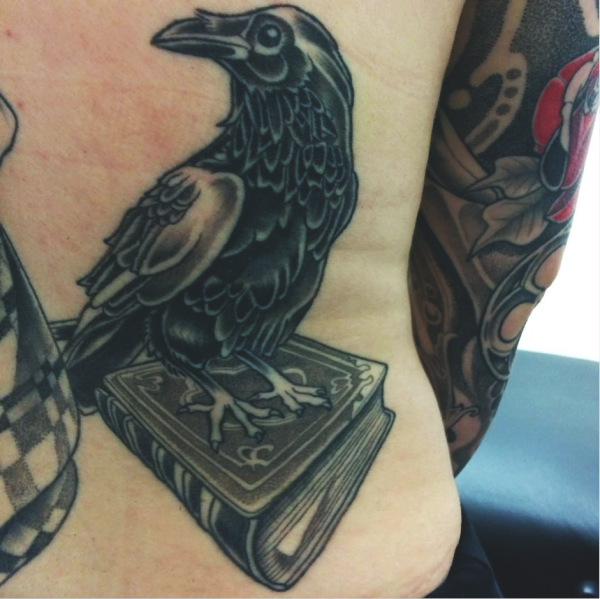 Remember the fairy tales your childhood! The ravens were usually dark characters and served to the wizards or witches. Therefore, they became associated with death. At the same time in books, they were also performed as wise and clever creatures. This tattoo is a good example to look at the raven sitting on the book. Watching such ink we’re wondering whom its bearer serves. Here we have some memento mori tattoo designs for men.

Black Two-Headed Raven Of The Light 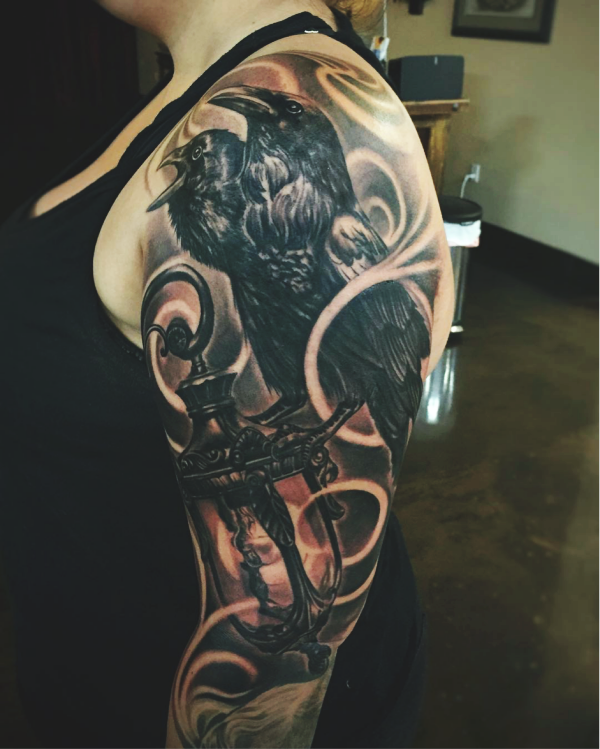 The various cultures of the world associate this sacred bird with different values and beliefs. Here we see a two-headed raven that held a lantern in its claws. The Native Americans thought the raven brought light to the world. They perceived the raven as a sign of balance because they believed it contained equally good and bad traits. 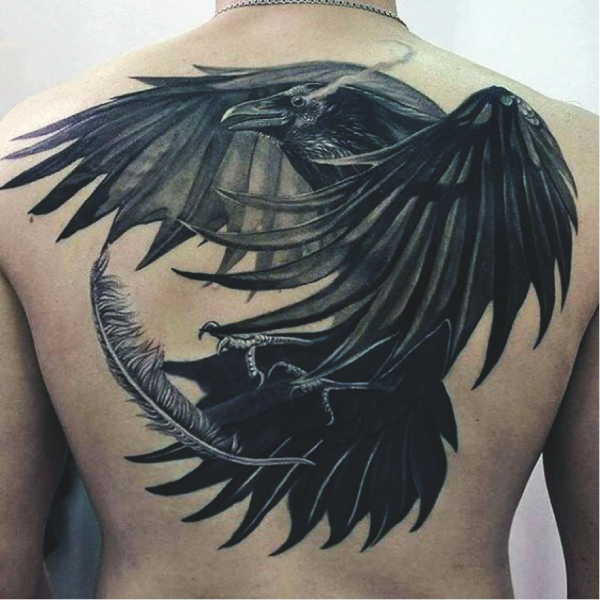 A huge dark raven trying to catch an angel feather with its enormous claws delights us. A 3-D style is used to impress people and pay their attention. And as we see it really works. We couldn’t help but notice this piece of art.

As you’ve already seen the raven tattoo means different things depending on where one is coming from and what attributes it contains. The black raven tattoo design makes the ink more realistic and awesome as black is a common color for this bird. But when you decide to get such tattoo think about the meaning of your future ink and then choose the best design for it.